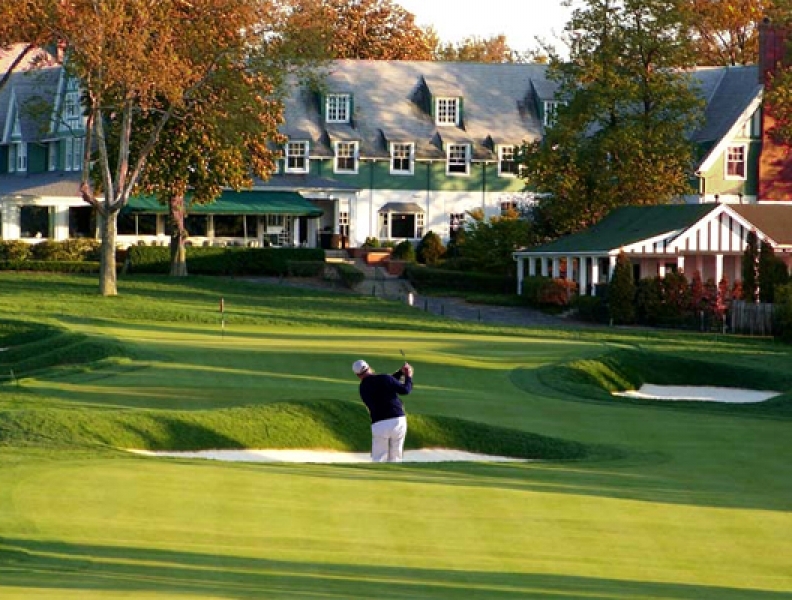 Chevy Chase Country Club gets commission’s OK for revamp, plans to open up to public

Plans to nearly triple the size of the Chevy Chase Country Club and open some of its facilities to the general public were unanimously approved by the Planning Commission on Wednesday. The 11,520-square-foot clubhouse was built in 1927 and has undergone several renovations, but the current owners and patrons say the structure is falling apart and a revamp is necessary to reinvigorate interest. “Without a sufficient number of members, the club cannot stay afloat,” said project developer Art Simonian. “The goal is to expand it to create an economically viable country club to make sure it thrives in the 21st century.”

Plans call for a 20,795-square-foot addition to the clubhouse, a modification that would transform the building’s current L-shape into a U-shape, according to planning staff reports. Four new tennis courts will be added to the 34-acre site —which includes a nine-hole golf course belonging to the country club. The commission voted 4-0 to recommend final approval to the Glendale City Council. Commissioner Stephanie Landregan was absent from the meeting.

While the club will continue to be membership based, athletic facilities such as the tennis courts, swimming pool and golf course will now be open for school-sports uses. The on-site restaurant, tavern and banquet hall will also be open to the public. Commissioner Greg Astorian was receptive toward the proposed project, saying it was about time the country club got this type of an upgrade. “Seriously, we have something that is of spectacular value in the city of Glendale and it’s a shame for it not to be utilized to its fullest extent,” Astorian said. “What you have proposed is reasonable and it will work quite well.” The current owners bought the property two years ago with a major redesign in mind. Some residents living near the club spoke at the planning hearing and complained of loud music at nights disturbing their quality of life. Deputy Planning Director Tim Foy said one of the conditions for moving forward with the improvements requires all music to be played within the clubhouse and that any sound from poolside music cannot pass the property line. Simonian said the new pool will be located in the courtyard, which will be encapsulated within the clubhouse’s U-shape, so the wall of the structure will be a buffer noise. “I’m pleased about the ways they’ve gone to try to reduce the noise in the area,” said Commissioner Armen Erik Yesayan. The clubhouse’s closing time will remain at midnight. The final decision on the project now moves to the Glendale City Council.