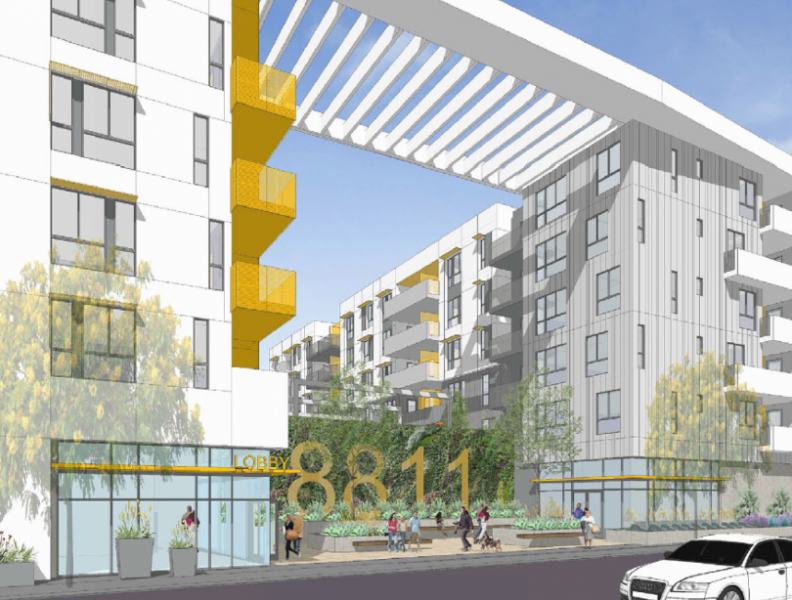 Six-story development would span across a 4.5-acre property.

An environmental report published by the Los Angeles Department of City Planning has unveiled a rendering for a proposed multifamily residential development in North Hills.

A rendering of the project, which is being designed by KTGY Group, depicts a series of modern buildings centered around a large courtyard which opens itself towards Sepulveda Boulevard.

The residential complex, which is being developed by Glendale-based Metro Investments, would be constructed over approximately 18-to-20 months.  A groundbreaking date has not been revealed.